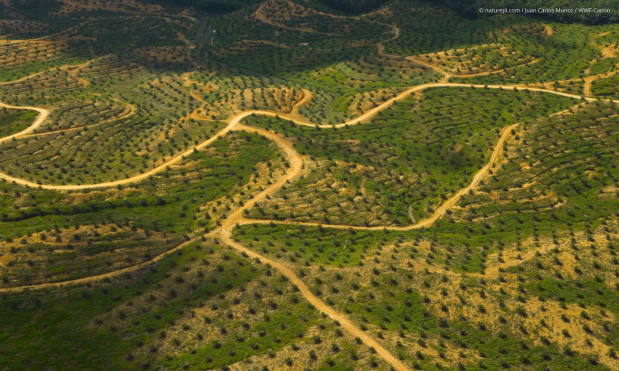 The new hot topic is palm oil, partly because the English supermarket Iceland attempted (it got banned) to release an advert which played on the heartstrings of everyone. It clearly articulated the feelings of an orangutan that experienced the destruction of their home as a result of the production of palm oil.

As animals die as a result of the destruction of their homes because of palm oil production, i am often told that palm oil isn’t vegan. However, no matter how strange it may sound, I think it is.

This may seem like a cop out and you may say, well if there is a chance of the orangutan dying during the process of clearing trees then surely palm oil isn’t vegan.

Well funnily enough, that’s the case for pretty much every single ingredient that is farmed. Some bees are being farmed and transported thousands of miles in small crates to pollenate avocados, some monkeys are being chained up and trained to climb trees to retrieve coconuts, so does this mean vegans can no longer eat avocados, coconuts and everything else that could *possibly* cause suffering to animals?

In light of the information above, I’ve started (to try!) growing my own veg (beginner level: tomatoes and spring onions). Growing your own vegetables is possibly one of the best things you can do for the environment and to stop mass farming, BUT even the soil I use has probably been taken away from some poor little worm and possibly caused them harm.

There is suffering everywhere, but veganism is about minimising that suffering to the best of our abilities.

You see, palm oil does have it’s positives (kind of). Oil palm trees are 6-10 times more efficient at producing oil than oil crops such as soybean, sunflower and olive. So we would need more land, which would require more deforestation and therefore displace more wildlife if we were to swap palm oil with something else.

If you’d like to support sustainable palm oil then here is a list (I found) of things you can do to help:

Lastly, ask yourself why palm oil bothers you. Is it because of the destruction of our beautiful planet, the suffering of the animals, workers and people affected by this business? If so, go vegan.

Animal agriculture along with commercial farming and palm oil production are the lead drivers in deforestation around the world. Why support one cause and not another?

So if you’re really serious about saving those orangutans, get in touch and I’ll help you go vegan 💚