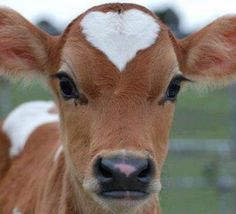 In some instances, gangs are targeting refugees, people desperate to leave their country. If they ever become unable to pay for a leg of their ‘safe passage’ to another country, they may be sold to groups, groups that will harvest their organs.

I’m guessing we can all agree that human organ trafficking is vile and if anyone can point me in the direction of organisations that tackle this issue then please do comment below. Now let’s get to the point of the vegan blog…

Imagine someone needing a lot of money. They facilitate this money by having vulnerable women raped and made pregnant. When the women give birth, the babies are taken away and their organs are removed to be sold on the black market. The babies die. Can we argue that this is ok because the babies were bred for this purpose?

This might seem an incredibly sick thing to suggest, but you might be surprised to find that people use the same justification to eat animals.

Well the pig was bred to be food, so it’s ok if they suffered and died.

Well the baby was bred to be harvested for organs, so it’s ok if they suffered and died.

The ‘it was bred for this‘ argument suddenly doesn’t make sense. I wonder why…

We may then try to justify our meat eating by saying that ‘well humans are different’. Different in what way exactly? Well, you might say, a human baby is intelligent and would suffer… But then I would reply that a pig (for example) is far more intelligent and capable of suffering than a human baby. Back to square one again.

The parallels between human organ trafficking and animal farming are incredibly creepy. Two businesses that take away the very things that keep us alive, but one is widely accepted whilst the other is ferociously illegal. Any normal human wouldn’t farm human organs but it is super normal practice to breed a cow (for example) in order to produce a calf, to kill the calf, steal the cow’s breast milk and then kill the cow for it’s body and organs.

At the very least, question why you find it ok to eat animals. If it’s because the animals were bred for this purpose then maybe have a rethink. Just maybe.

And then go vegan 💚

26 thoughts on “But They were Bred for This”