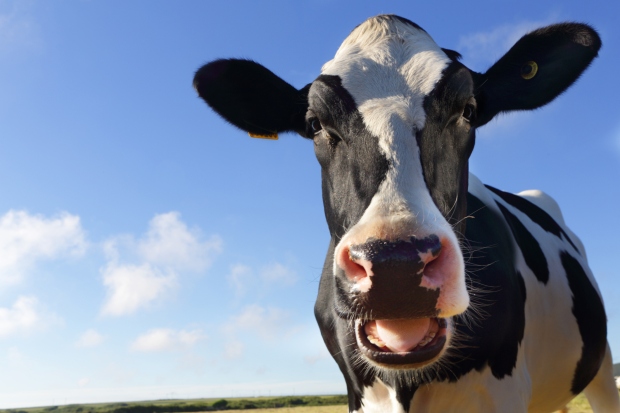 I have a question to get your vegan brain juices flowing: Would a human suffer more than an animal in a slaughterhouse?

Slaughterhouses and fisheries claim to slaughter farmed animals humanely. I’ve talked about the word ‘humane’ being used in the wrong context before, you can read about it here, but pushing that to one side, I have the impression that it is common belief that farm animals don’t suffer at slaughterhouses.

Without this belief a lot of people wouldn’t eat animals.

Our senses enhance our positive and negative experiences. Therefore it could be possible that animals suffer more if they are more sensitive than humans.

The wonderfully colourful chart below demonstrates that humans have a hearing range from 31 Hz to 19 kHz, however it is quite obvious that cows exceed that range as they are capable of hearing between 23 Hz and 35 kHz, which is a significant difference and shows a clear increase in sound sensitivity for cows.

Have you ever been so jealous of a cow?

Fish farms are unfortunately becoming more and more common. One of the species of fish that is easy to farm (and therefore easy to take advantage of) is the catfish. The catfish doesn’t actually have scales and instead tiny hairs cover the entirety of their body, making them incredibly sensitive to touch and vibration.

A human, in comparison to a catfish, is practically a rock – void of all physical feeling.

Don’t quote me on this.

I don’t mean to be a super-fan of cows and catfish today, but they pretty much destroy the idea that humans, when compared to these amazing animals, taste anything at all.

Cows can EVEN detect odours from five miles away, although I suspect that it depends which way the wind is blowing.

Cows are blowing my mind today! Blowing, wind, get it? I’ll move on…

Despite their ability to see 330º around them, cows have pretty bad vision. So the time has now come for the cows to let another animal (besides catfish) to get some of the glory.

Eagles can see four to five times farther than humans. To give an example, they can see a small animal as far as two miles away. Their eyes are soooo sensitive.

An eagle could be watching us now and we wouldn’t even know about it. They’d make the perfect spy.

They’d suffer. A lot. More than me.

2 thoughts on “Who Would Suffer More?”